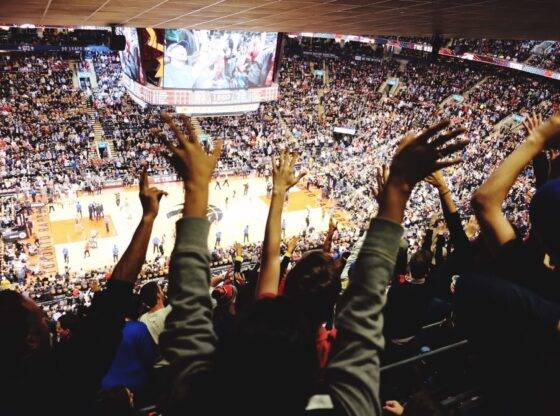 There’s nothing quite like an atmosphere riddled with the high energy of enthusiastic sports fans. If you’re looking at Oakland houses for sale you are sure to find avid sports lovers, as Northern California is a haven for great teams that can be enjoyed year-round.

California itself is known for nice sunny days, and the northern area is no exception.

Sports fans will love it here because the pleasant weather affords for great game-day experiences.

There’s ample time for not only enjoying the game itself, but spending hours tailgating beforehand in the sun.

The Selection of Teams

This area’s list of teams runs wide and deep, from the professional to the college level.

To start, baseball fans can root for either the San Francisco Giants or Oakland A’s. Football lovers can cheer on the San Francisco 49ers. (Or even mourn the loss of the Oakland Raiders, now the Las Vegas Raiders in 2020.)

There’s also a basketball team with the NBA’s Golden State Warriors, and hockey fans will enjoy catching a game from the San Jose Sharks.

The teams trickle all the way to soccer, with the MLS’s Earthquakes, hailing from San Jose.

In terms of college teams, a rivalry game between Stanford and Cal is always a good time.

The West Coast Conference has some of the best basketball teams: Santa Clara University, Loyola Marymount, and the University of San Francisco.

With great teams come great venues to watch them play in.

Oracle Park is home to the Giants, where fans are greeted by a nine-foot statue of baseball great Willie Mays upon entering. There’s also an 80-foot Coke bottle with playground slides and McCovey Cove. Many fans will argue that there’s not a bad seat in the house.

The Oakland Coliseum is home to another baseball team, the Oakland A’s. It’s a multi-purpose stadium that once hosted football games and is occasionally used for soccer matches, though its primary purpose is for baseball now.

The Oracle Arena is home to the Golden State Warriors, as well as over 100 entertainment acts throughout the year. It has 72 luxury suites and can seat over 19,500 people.

Warrior fans are some of the most passionate in the league, as evidenced by the deafening thrum of Oracle Arena any time the team is playing at home.

The same can be said for fans of the Sharks, also known as a rabid base in the NHL.

The San Francisco 49ers are a shining beacon of tradition as far as sports go. The team redefined offense under the tutelage of Bill Walsh in the 1980s. There are also many names familiar to even the most casual of sports fans that come out of the team, like Joe Montana, Jerry Rice, and Steve Young.

What’s more, the fans lean in to not only the teams but what surrounds the game experience.

Team venues are located in a variety of places that afford fans great opportunity to explore the restaurants, bars, and shops that surround venues and make a full day’s experience out of seeing a game.

This is particularly true for the Giants, whose stadium is surrounded by things to do.