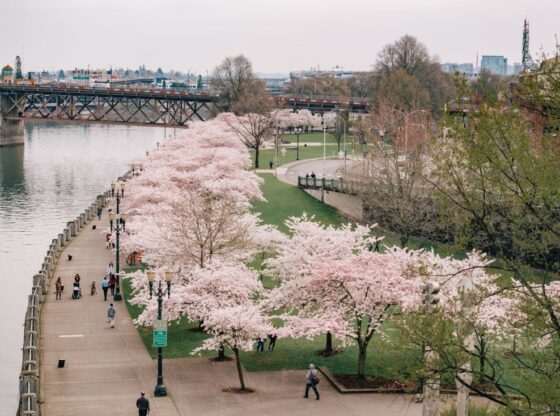 Portland is Oregon’s largest city known for its parks, bridges, bicycle paths, microbreweries and coffeehouses. According to history, the city was a shipping port with a strong affinity for strip clubs. The city is said to bare it all for its hipster, extremely liberal and eco-friendly behavior. One of its unique characteristics – it hosts thriving art, theater and music scenes.

There’s just so many things to do in Portland. There are a lot of local favorite destinations to enjoy for the city’s appealing natural beauty. The International Rose Test Garden and Hoyt Arboretum are neighboring parks that are open to the public. The Portland Japanese Garden is also highly recommended, but there is an admission fee.

The city’s attractions cater not only to adults but the young ones as well. Kid-friendly Oregon Zoo and Oaks Amusement Park are some of the kids’ favorite places to go. For outdoor and adventure, you can take a spin around the City of Roses and Waterfront Park with a bike tour. Biking around Portland will let you feel the spirit of the city.

For those who love arts and culture, Portland’s art scene has so much going on. The city’s art gallery scene has 3 regular art walks held in different neighborhood.

The history of Oregon is interesting and it is displayed and described well by Portland’s history museums. Open seven days a week, Oregon Historical Society offer tourists traveling exhibitions showcasing how the region’s history was shaped.

A national leader in manufacturing, Portland’s major industries produce specialty metal fabrication and high tech electronics. Its economy is strong because it is located in Oregon which ranks sixth among all states in terms of economic growth since 2001. Its economy has grown over the past two decades and its workers are rapidly becoming more productive.

The largest universities in Portland – Portland State University, Portland Community College, and Concordia University-Portland offer high-quality education. The city outpaced the national average of 28%, with a highly educated workforce where 44 percent of Portland residents over the age of 25 have a bachelor’s degree.

The median property value in Portland was $445,200 in 2019. Majority of the city’s residents drive alone to work and the average car ownership was 2 cars per household.

Portland has low vacancy, a picture of a strong rental market. Nationally, the rental vacancy rate has stayed around 6% to 7% pretty steadily over the last 5 years, but the city has only 4%.